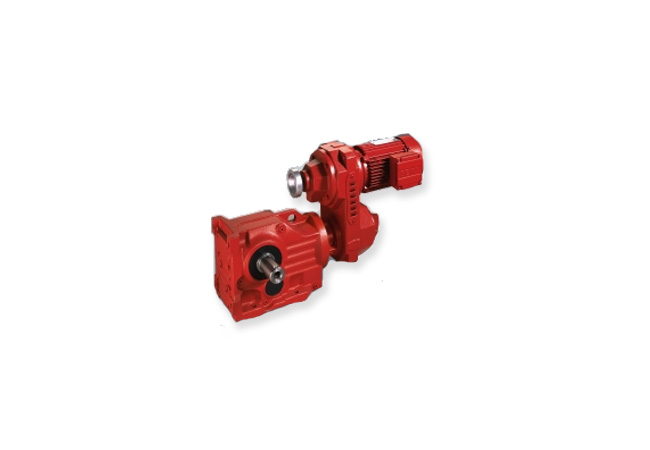 VARIBLOC® VU/VZ variable speed geared motors based on SEW AC-motors are simple drives which provide infinitely variable mechanical speed control in the range up to 1:8.

They are combined with reduction gearing on variable-speed drives with a low output speed and a high output torque.

The motors can also be used without the reduction gearing, in either a foot or a flange version, to drive the machine directly.

As with all SEW drives, VARIBLOC® VU/VZ variable speed geared motors can also be supplied in a wide range of additional versions, which guarantee perfect adaptation to every application.

The U-shaped or Z-shaped power flow (identified by the designations VU and VZ) and numerous swiveling positions in the variable speed geared motors in combination with the reduction gears result in a wide range of possible versions. It is therefore possible and indeed easy to adapt them to all kinds of different machine designs.

As a low-cost drive with individual combinations of torque and r.p.m. resulting from the addition of helical-, parallel shaft helical gear units-, hell bevel- oder helical worm gear units they are mainly used in simple process applications such as those in the chemical, food and beverage, or construction materials industries and in environmental technology.